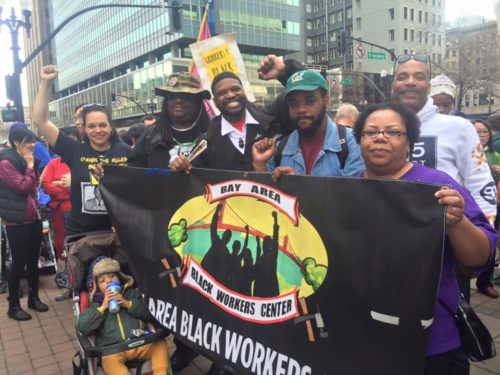 To fully understand the nature of the Black job crisis in the 21st century, one must examine how the political and economic systems in the United States intertwine to form a political economy that produces Black poverty and racial disparities.  A specific political economy has always been at the root of crises facing the Black community. The African slave trade and the use of Black slave labor gave birth to the United States.  After the end of the Civil War, a new political economy arose in the South based on racial violence and subjugation and sharecropping.  During the first half of the 20th Century, Blacks faced new forms of discrimination as we migrated to the urban industrial North

Today is different from these previous periods.  Yes, racial discrimination still exists, but the way through which structural racism operates is different and therefore our strategies and tactics must change.  In the three decades immediately following World War II, as the US economy prospered, it was possible to envision a qualitative improvement in Black life if the barriers to accessing mainstream America were eliminated. Consequently, efforts were focused on eliminating legal segregation and attacking the web of institutional racism that blocked Black progress.  However, the political economy has changed during these past 40 years — the Age of Inequality.  The US economy no longer works for most workers regardless of race.  Racial disparities still exist, but a radical improvement in the quality of Black life cannot be achieved by simply gaining better access to the labor market for individual Black workers.  What is needed is the building of Black workers’ collective power.  This new approach requires a shift in three ways:

Black workers face a racialized political economy in which they are exploited because of their race and their class.  As the Project grows and matures, each local Black Worker Center will develop unique ways to reflect how Black workers are impacted by the local racialized political economy.  However, certain overarching principles shall guide the work:

The importance of Black worker centers building power through organizing in order to provide a collective voice for Black workers in the workplace and to change public policy.   While self-help strategies or initiatives designed to erect alternative economic institutions have value, the racialized economic outcomes for the Black community are the result of conscious State policies and the power of employers.  Consequently, an improvement in these outcomes will not occur until these policies are changed and workers have the capacity to impact decisions in the workplace.  The Project will focus on building power through organizing Black workers and other segments of the Black community and using this power to change State policies and curb employer abuses.

The importance of basing the Black worker centers among progressive elements of the Black community and Black union members.  The relationship between the labor movement and the Black community is very complicated.  However, economic justice in the workplace and hence benefits to Black workers cannot take place without strong unions.  One of the strengths of the Los Angeles Black Worker Center has been its conscious efforts to unite the elements of the Black community who hold a progressive vision about jobs and Black unionists who seek the need to expand beyond a narrow vision of unionism and embrace the community in new ways.  These efforts will ground the work of all Black worker centers.

The importance of ensuring the activity of the Black worker centers respects the ways that gender impacts issues surrounding work in the Black community.  Black men and Black women find themselves concentrated in different industries.  In addition, gender roles and institutions such as the criminal justice system affect Black men and women differently.  Consequently, the racial and economic exploitation facing Black workers is different for Black men and Black women.  The Project will take these realities into account as it undertakes campaigns, builds relationships in the Black community, and shapes a vision of economic justice for Black workers.