Movement for Black Lives Pushes for Victories City by City 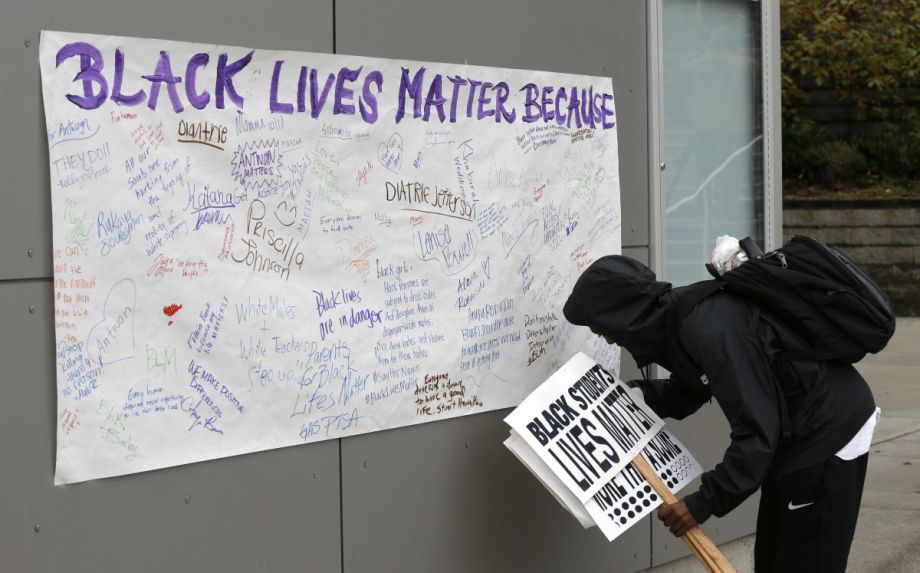 Six months ago, social and economic justice groups with a stake in what’s largely known as the Black Lives Matter movement illuminated an exit path out of decades of systemic racism in the U.S.

Beneath the banner of the Movement for Black Lives (M4BL), and arguing the disparities faced by black communities across the U.S. had to be broken down “not [by] reform but transformation” of a swath of contemporary laws, they proposed policies that took a page out of progressive theories on urban development that would reverberate across the spectrum of race and class at the city level. Tax incentives for local businesses that make their workforce more diverse. Shifting more federal funds out of police departments and into employment programs. Favoring community-based sustainable energy projects that employ neighbors.

Half a year in, organizers say, they’re still working out a way forward — and dealing with the November 2016 election of President Donald Trump.

“There were very few people who were not blindsided,” says Cathy Albisa, executive director of the National Economic and Social Rights Initiative (NESRI). Her organization is one of those that helped to craft the M4BL platform.

Their approach thus far has been to act local but think national, by influencing policymakers in the cities where M4BL’s main players operate: New York, Chicago, Philadelphia, Cleveland, Washington, D.C., Sacramento, Portland, Ferguson and a handful of others. They’re unified by that city-scaled approach, but when asked about the organization’s national front, Albisa says she’s “not sure what anyone’s strategy is three weeks into the new administration.”

The uncertainty is understandable. Trump’s speeches thus far suggest his gaze on urban issues will lead us leaps away from the legacy laid out by former President Barack Obama. His appointment to run the U.S. Department of Housing and Urban Development (HUD), Ben Carson, has expressed inconsistent opinions about federal assistance programs for low-income and underserved communities.

Last week, members of both the House and the Senate served up two bills pleading for a permanent version of the New Markets Tax Credit program, which has helped create 750,000 jobs through $75 billion in investments in cities across the country, but it’s still too early to say how this administration will fare on urbanism.

“We recognize that, considering the violent political climate and the current administration, our focus must be on supporting visionary local reform,” she says. That means providing educational resources for small groups that want to bring the M4BL policies to their own cities, and creating spaces in cities and online where “organizations can dream, scheme and implement needed reforms.”

Those reforms, she says, will “mitigate the immediate threats against our people while allowing us to build the power and vision we need to actualize the [M4BL] platform.”

Part of that means linking up with national movements that were gathering momentum since before Trump took office. Through the M4BL, Albisa and NESRI have started collaborating with the Black Youth Project 100, an advocacy group focused on millennials that’s currently putting its weight behind the $15 minimum wage campaign in Chicago. Forty-six percent of black workers in that city work low-wage jobs.

Last fall, the National Black Worker Center Project (NBWCP) joined other workers’ rights groups at a meeting with the U.S. Department of Labor to push one of the biggest economic reforms on the M4BL list: They demanded an update to a 1965 anti-discrimination law, to ensure an increase in the percentage of black workers hired for federal projects, noting: “It is unconscionable that it has not been updated in 36 years, given the increased diversity of our nation’s population and the growing poverty in our communities.”

Since August, M4BL organizers say they’ve influenced a few successful divestment campaigns at the city level. Last week Alameda, California, removed millions of dollars of its shares in Wells Fargo because of that bank’s active role in financing private prisons and the Dakota Access Pipeline. At the end of January, racial and economic justice group Enlace, an affiliate of the Movement for Black Lives, helped a student group organize and push the University of California school system to divest $475 million from Wells Fargo for the same reason.

No matter their next effort, Albisa says, the vitriol of the presidential campaign only reinforced how necessary a guiding light the M4BL policies can be across the next four years. “That work of pushing forward at a moment like this is more valuable than we even realize,” she says.

The Equity Factor is made possible with the support of the Surdna Foundation.