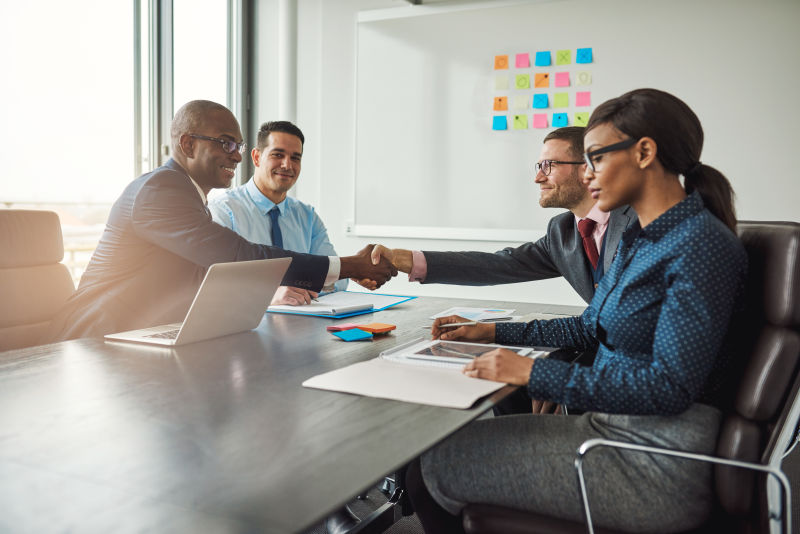 A new study conducted by the University of California, Los Angeles, says that the city’s black community is in decline as a direct result of the lack of jobs available to black workers, who are more likely to remain unemployed or drop out of the workforce entirely as a result of the 2007-2009 recession.

The report, “Ready to Work, Uprooting Inequity: Black Workers in Los Angeles County,” was published Tuesday in collaboration with the Los Angeles Black Worker Center and the UCLA Institute for Research on Labor and Employment, and found that although black workers have lost blue-collar jobs at the same rate as whites in the county, they seem less likely to find replacement work, the Los Angeles Times reports.

As the Times notes, while education helped bridge the gap, it did not completely erase it because 9 percent of black workers with at least a bachelor’s degree were unemployed over that period, compared with 7 percent of white workers.

The report says, “Los Angeles is in the throes of a black jobs crisis.”

The lack of work is part of the reason many black residents have abandoned Los Angeles altogether, at a time when the county’s population boomed, the report says. The black population in the county plunged by 122,032 people from 1980 to 2014, according to the report. The county has gained around 2.5 million residents overall during that time.

In the meantime, black workers have flocked to the Inland Empire, which includes Riverside and San Bernardino counties. Those counties gained a combined 260,494 black residents from 1980 to 2014.

Lola Smallwood Cuevas, founder of the Los Angeles Black Worker Center, told the Times: “Black workers are often the last hired and the first fired. If we don’t address the crisis, we will have a city and a county where there are no black workers.”

The report notes that “while the black community was once a thriving part of L.A.’s landscape and remains integral to the county’s cultural and economic life, it has long been in a critical decline.” This is directly attributed to the lack of jobs for black Angelenos.

The report says that “economic and social hardship is pushing the black community out of Los Angeles County” and notes that although blacks in Los Angeles are significantly more educated than previous generations, they experience a lower labor-participation rate and a significantly higher unemployment rate than their white counterparts.

The study calls for a stabilization of black families and communities through the creation of well-paying, quality, accessible jobs. Among other solutions, report authors recommend the unionization of black workers, an expansion of hiring benchmarks that include underrepresented workers, and an institutionalization of partnerships with credible community organizations to implement targeted outreach, recruitment, and retention programs. Through an analysis of current and historical census data, a comprehensive literature review, and the collection of worker’s stories and case studies, the report looks at the experience of the black community in Los Angeles through a labor and employment lens. It details how the lack of access to quality jobs is adversely impacting the community and draws a portrait of the challenges that black workers in Los Angeles face.

Now, if only we could get some of these suggestions implemented so that the black community in Los Angeles can be revived and revitalized.